Cover Reveal and Excerpt: Bind Me by Rene Folsom 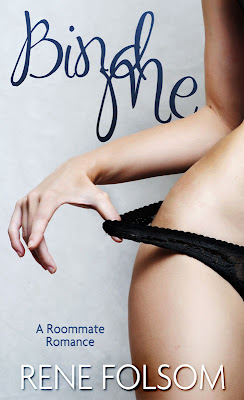 Bind Me is the second short story in the Roommate Romance series, scheduled to be released in the second week of April 2013.

Lily had a suspicion her new roommate was the type to always take control, no matter what the situation. It wasn’t until she accidentally peeked in on Chaz dominating another woman, that her suspicions were realized. Lily watched with amazement as Chaz masterfully played the female like a sensual instrument, bringing her the most intense gratification Lily had ever witnessed.After witnessing his sexual expertise from a distance and noticing the careful attention he gives to his lovers, Lily wanted nothing more than to have his hands sculpt every inch of her body. Unable to forget the incredibly erotic scene Chaz so skillfully played out, Lily sought to make her desires known by casually submitting to him throughout their daily lives.To her excitement, Chaz invites Lily to his prestigious art show opening at a local gallery. All it takes is a slinky dress, a pair of kitten heels, and a tiny scrap of lace to drive Chaz wild, causing some very heated moments.

As I knelt there watching his every move with expectation, Chaz began to unbutton the cuffs of his sleeves and roll them up, allowing the defined muscles of his forearms to show. He then began unbuttoning his shirt just enough that the oh-so-sexy tattoo on his left pectoral peeked from beneath the fabric. I was lucky to keep myself from drooling at the sight of the black ink tracing around his toned muscles and perfectly sculpted skin.

“I want you to taste me, Lily. I can’t wait to feel that warm mouth of yours wrapped around every inch of my cock,” he said as he began unbuttoning his pants.

I probably looked a little scared as I tried desperately not to appear as eager as I felt. Just the idea of pleasuring him had me trembling with anticipation. I quivered uncontrollably—my legs shaking, my mouth dry, and my senses screaming for reprieve. The thrumming of my heartbeat began to drown out the sounds of the party above us.

“That’s right. I could tell you’ve wanted this ever since you walked in on me,” he said with a smirk. As soon as the words poured from his lips, my stare left the bulge in his pants and met his lust-filled eyes.

“I… I’m…” I stuttered, unsure of exactly what to say. I had no idea he even knew I had witnessed him with another girl.

“Christ, that was hot,” he interrupted. “The fact you knew of my preferences and still wanted me—by far, the sexiest thing about you.”

Wow. He thought my moment of sex-spying was hot? And here I thought I was the only one who got pleasure out of that moment.

“Now, what is it that you want again, Lily? Tell me,” he demanded.

“I want you, Chaz,” I answered in a breathless plea. “I want you in my mouth.”

“Hell yeah, you do,” he responded while releasing his cock from his pants and immediately placing it against my awaiting lips. 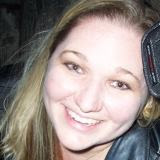 Being a mother of three and wife of one, Rene has had to juggle career, kids, family, grocery shopping, and stain removal. Years of experience have provided her plenty of creative material to work with. While her artistic side as a graphic designer will always be a source of inspiration, using both words and design to take these very different experiences was just the next step in her journey.

Residing on the beaches of sunny Central Florida, Rene is now branching out into the literary world, combining her love of art and reading by providing contemporary and paranormal romance stories to her readers.