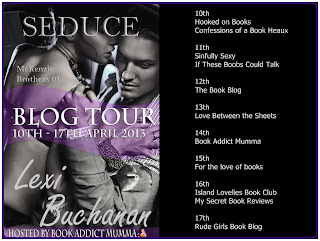 Michael is CEO of McKenzie Holdings and has a very bad habit of placing work before all else. His wife, Viv, had died in a car accident, with her current lover, on the way to meet with the divorce attorney’s six years ago. Michael was divorcing her because he’d discovered she’d had a stream of lovers during the course of their marriage. Since her death he’s had no wish to get involved with anyone, until Lily.

Lily, having lost her job at Oakfield Development gains employment at McKenzie Holdings thinking she’s going to work as the Assistant to Dale Roberts, but unbeknown to Lily she has been hired to work as Michael’s assistant. Lily is shocked, and disappointed to realize that the man she’s just been flirting with in the elevator is actually her boss.

Lily and Michael are instantly drawn to each other, but he’s her boss and Lily lives with her boyfriend of seven years. David, her boyfriend, has been acting strange for about five months which has caused Lily to re-evaluate her relationship with him and it comes up short, a lot. She had decided before meeting Michael that she wanted out of her relationship with David, but she has nowhere else to go, so she stays with him for now.

Michael and Lily finally start their relationship, which involves a lot of hot loving and scarves which Lily uses on Michael! Their relationship seems to be heading towards happily ever after, until Lily makes an announcement to Michael, which has him telling her to leave his home. She does, heartbroken, and runs to his brother Lucien.

Please note that each book covers a different brothers. There will be no cliffhangers!!!! People from the previous books will be mentioned in the books that come after theirs, but each book gets an HEA!!!!

Thinking about Lily being in my arms all aroused and wet was not a good idea while I was lying in bed. I decided on an early night, not just because of the pain in my head, which had started to ease up some, but because I figured if I was in bed, I was less likely to drag my bike out and go see Lily.

With the covers kicked off, I turned on my side to grab my cell. I wouldn’t visit Lily, but I could text her.

I located her number in my phone and typed my first text to her.

Lily: Missing you. How you feeling?

Me: Headache nearly gone. Where are you?

I was born in Bolton, Lancashire within the United Kingdom, where I lived up until 3 years ago when I moved to Ireland with my husband, 4 kids and pack of animals. I can tell you it isn't pleasant travelling in a car with 5 cats in cat boxes in the back. Getting back into the car after the ferry journey to Ireland was the most unpleasant thing we had to do on moving day!!
Lexi Buchanan|Facebook|Twitter|Goodreads 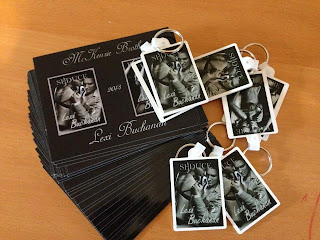 a Rafflecopter giveaway
Posted by For the Love of Books at 10:14 AM