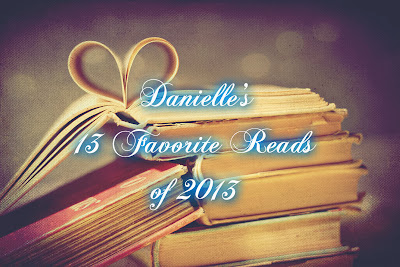 Sitting down and choosing 13 of my favorite reads of 2013 was by far no easy task. Seriously, it was hard. I only have one child, but putting this list together gave me an insight into what it would feel like if I had more than one and was forced to choose my favorites; it's nearly impossible. Trust me, there are still TONS that aren't on this list, but that doesn't mean I loved them any less, these are just some of the books that have really stuck with me even though it has been several months to a year since I have read them. As I'm sitting here writing this, I'm still going back and forth on my list. My inner mantra is telling me to just list 13 and move on. Do you realize how hard that is for a bookworm? Since you're reading this, I think it's safe to bet that you do. In order to be fair, I've chosen to only list an author once, meaning if they wrote a series, I just listed the full series instead of the individual books. With that being said, if you're an author on this list and have other published books, I'm a HUGE fan of yours and love every single one!  I would just like to say a million thanks to ALL of the authors who have provided me with an escape from the real world. I have laughed so many laughs and shed so many tears over the last year because of your books. I have had times where I wanted to throw whatever reader was in my hands at the time across the room causing it to shatter into a million pieces and others where I couldn't hold onto them tight enough. I am beyond grateful for the new friendships and I cannot wait to see what you all have in store for us in the upcoming year. There are so many stories just waiting to be told.

Without further delay and in no particular order, here is the list you have been waiting for:

The Dark Duet by CJ Roberts

A Graceful Mess by Nacole Stayton 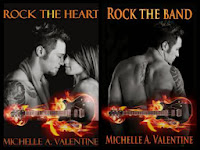 A Blue Tale by Sarah Dosher

The Chocolate Series by Tara Sivec

The Blackstone Affair by Raine Miller 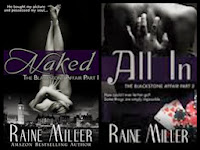 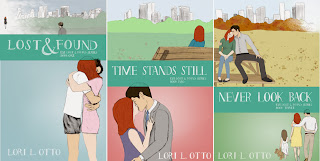 The Proposition Series by Katie Ashley