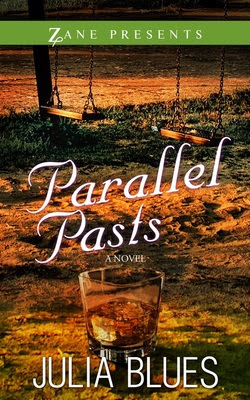 This debut novel offers a no-holds-barred account of two young lovers fighting their pasts for the chance of love and family.

Love is the one thing missing from Fatima’s life, beginning when her parents left her at the age of four. Usually she enjoys calling the shots in her love life, but when she runs into a mysterious man on a night out, everything changes.

Cory Hines would give anything to undo his childhood. Growing up with an abusive father and distant mother left him wary of family and relationships. And as he tries to straighten out his life, the nightmares return and send him down a drunken spiral. His siblings force him into therapy, but it’s not until he meets Fatima that he begins to learn what commitment is all about.

Though their pasts continue to haunt their relationships, it is their common problems that draw Cory and Fatima closer. In the process of getting their lives on track, they find out more about themselves and their pasts than they bargained for and realize they must rid their demons for good in order to survive. But just when Cory and Fatima get comfortable with each other and the idea of a relationship, news of an unexpected pregnancy sends them both running back to the familiar.

Full of raw emotion and a vulnerability that pulls you in, Parallel Pasts offers an inside look at what it takes to escape a history of domestic abuse, as Cory must suppress the urge to fight anything that gets in his way, and the women who love him through the process.

I turn on the shower as hot as I can stand it.

I watch as the steam fogs up the bathroom. Stand in front of the mirror, stare at my disheveled reflection until the fog restricts my view. Feel like I’m falling apart at the seams. My reflection tells me the same story.

David opened this can of worms. Then, going to see Grandma, I swear she opened my mouth and dropped them down my throat. This has got to stop.

I tie my locs up and put on a shower cap. Brush my teeth before getting in the shower. I grab my purple exfoliating gloves off the rack behind me. Lather up with a sea kelp and aloe body wash I made, try my best to scrub the scent of David off of me. Want to get rid of every trace of him from my skin. I knew I should not have gone over there.

When my parents left me, I left me as well. Figured, if my own mother and father didn’t love me, how could I? What is love anyway? Nothing more than an overused fourletter word synonymous with pain. 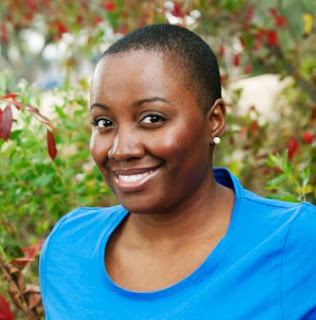 I am a daughter, a sister, a friend, an aunt. I am a woman on a journey to discover all God has for me; whatever avenues and paths that may take me.

I am not one of those writers who fell in love with writing before I could hold a pen; because I didn’t. I am not one of those writers whose teachers encouraged to enter into writing contests; because that never happened. I am not one of those writers who adored English; because I hated it. I am simply a woman who was stuck in a boring job and had exhausted all possibilities of entertainment. It was like the Universe sensed my desperation, an unfamiliar voice called out to me, scaring the sanity out of me. But what she said drew me in and I began typing out the words I heard as if I was given permission to transcribe her diary. I realized the second my fingers touched that keyboard, the moment I heard the keys clicking in an effervescent harmony, that I had not found my calling in life, but that my true calling had found me.

I am a Storyteller. I’ve been a lot of other things in my thirty-something years. Spent half of my life growing up in the military. After watching my dad jump under the bed every time he heard a siren or alarm go off, I knew that was not the career for me. Shortly after graduating high school, working dead-end retail jobs, and spending a semester in college, I found myself raising my right hand swearing to protect my country from all enemies foreign and domestic. It didn’t take long for me to realize I wasn’t cut out for the Air Force. Once I laced up my combat boots for the last time, I ventured into temp work, spent a couple of years working behind bars at a county jail, and screened passengers and luggage for the government until a back injury changed the course of my life.

Ever since I began writing, it was a goal of mine to write full time. I had no idea how I would be able to do so. A nine-to-five was needed in order to keep a roof over my head. At least that’s what I thought. My plea had been heard, and I was tested to see if being a full-time writer was indeed what I wanted. God opened a door that I would not have been able to open on my own and I have not been able to look back since.

My path in life hasn’t been all good, but it hasn’t been all bad either because it has led me to where I am right now. A few short stories of mine have been featured in a magazine and in two anthologies. And now my first novel will be in print. Everything in life I’ve experienced has all played a part in who I am today. Nothing compares to the joy I feel when creating memorable characters. Nothing compares to taking my imagination to places the imagination dares to go. That is what bringing life to a blank canvas does for me. It liberates my soul.

Currently, I reside in Columbia, SC. I’ve lived on three continents and have a hard time planting my feet in one city for more than four years. I am working on that, though, I don’t foresee that happening anytime soon. Pray for me. *smile*

I am Julia Blues – A storyteller on a mission.